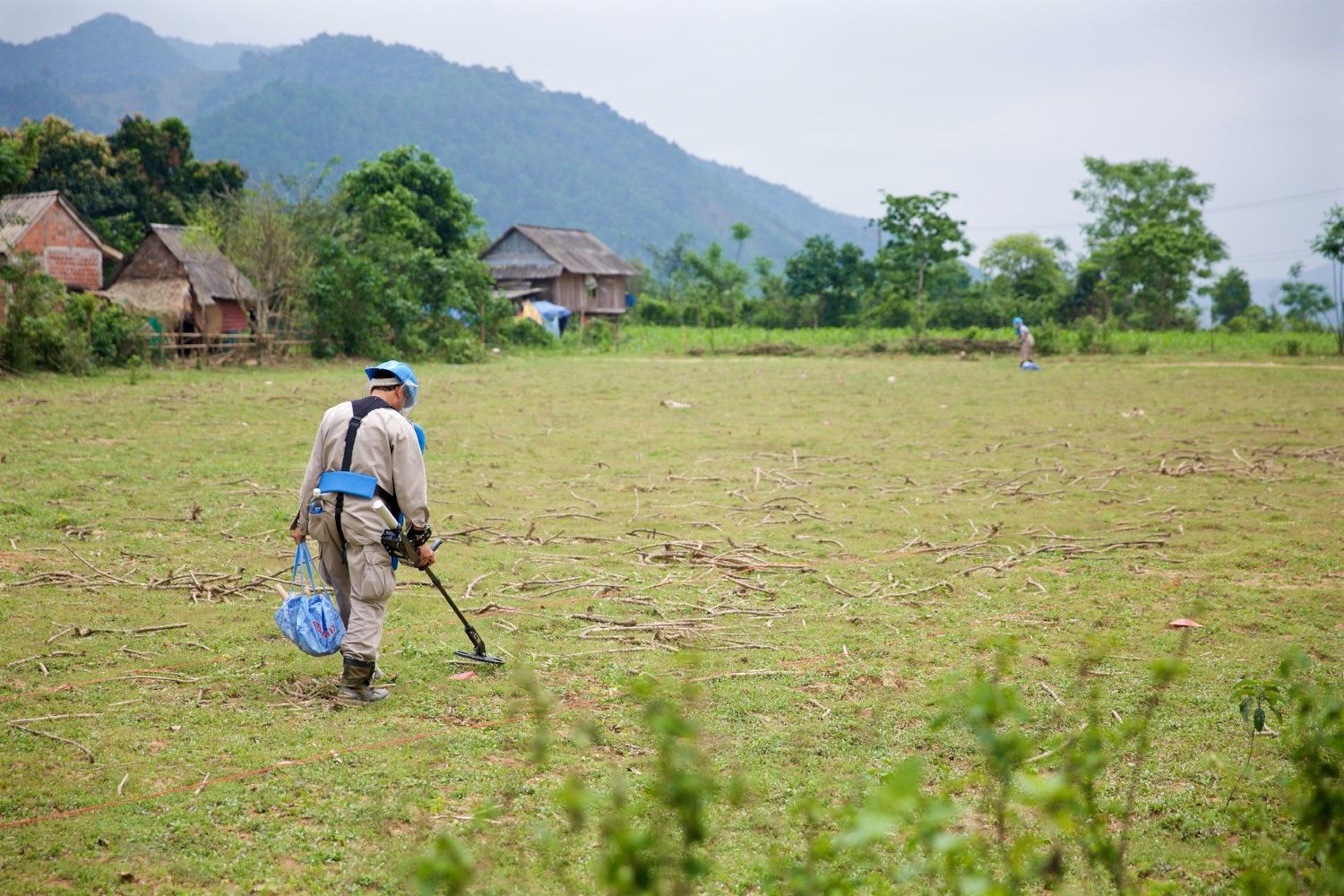 Updates From the Field

All of our newly hired deminers are doing well and are now working in the field under supervision of our experienced deminers. In the first quarter of the year, the teams collected and destroyed 751 UXO and cleared 516,892 square meters of land. In March, two IMAS EOD level 2 staff were selected and joined a 3-week Golden West EOD Level 3 training class in Cambodia. They both passed the training course and will be mentored until the end of the year before receiving Level 3 certification. In August, Quảng Trị will host a regional conference of all demining organizations in Vietnam, Laos, and Cambodia to share information and plan for future work.

In the summer of 2015, PeaceTrees Vietnam partnered with several wholesale spice distributors to begin the Black Pepper Farming Project in Con and Tram villages. Both villages are located near the Laotian border in Hương Hóa District and are composed of rural, largely ethnic minority communities. In 2018 farmers were able to harvest their first crop of black pepper. This year our pepper farmers harvested 175.5kg of pepper in May and were again able to sell it to our project partners Olam! We continue to work alongside our project partners and farmers in order to ensure successful pepper plantations and sustainable incomes for the farmers. We are looking forward to another growing season and bountiful harvest in 2020.

We are pleased to announce that in 2018 we plan to increase the size our demining teams by 33% and in doing so more than double our impact on the ground in Vietnam. In 2018, we anticipate that we will:

All of this is possible because of your outstanding support and the strength we have built over 22 years of work alongside our partners in Vietnam to build trust and address the lasting legacy of war.

With your help, we will meet our goal of clearing 1 million square meters of land and providing safety and opportunity to thousands of people in 2018.

2017 has been an exceptional year for PeaceTrees Vietnam. Our efforts to clear Quảng Trị Province of unexploded ordnance are even more successful and more efficient than in the past, and a total of 40 Explosive Ordnance Technicians are now trained to international standards. Our Black Pepper Project has been successful, allowing pepper farmers to better provide for their families. The pepper is now almost ready to be harvested and sold at the market. We also saw the expansion of our Healthful Gardens for Healthy Children project earlier this year, thanks to the generous help of Seattle area Rotary clubs and the Kirchoff Fitness group! Thank you for your dedication to PeaceTrees Vietnam  and the people of Quảng Trị Province!

We are pleased to report outstanding results so far in 2017! Our 40 Explosive Ordnance Disposal (EOD) Technicians have been working hard to make land safe, and below are our accomplishments to date:

This year, our teams have cleared many sites including cluster munition contamination sites, and ensured that land that can now be used to build schools, community buildings, roads, or as farmland. Three of the sites cleared will be used for future PeaceTrees kindergartens. By clearing these sites of harmful unexploded ordnance, our EOD technicians have increased the amount of safe land for those in Quảng Trị Province.  To the left are pictures of cluster munitions gathered by our EOD teams. Without your support or the support of the United States Department of State, this lifesaving work would not be possible. Thank you!