About the David Warner Kindergarten 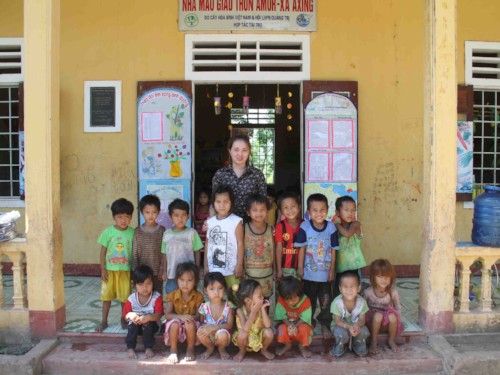 Built in 2007, the David Warner Kindergarten provides the young children of Amor Village, A Xing Commune, Quang Tri province the opportunity to attend a local early education program where they are safe from unexploded weapons and get a healthy meal five days a week.

There have been over ten graduating classes, and families continue to send their children to the kindergarten.

Many of the students are considered malnourished, and PeaceTrees Vietnam’s healthy meal program helps to provide the nutrients young children need to develop and grow.

The Kindergarten is named for Cpl. David Howard Warner, who was killed during the 1968 Battle of Hue City, and honors his life and service.