Ra Man Village is located in a mountainous region approximately one-hour drive from Khe Sanh town. There are 2,159 people living in XY Commune’s 8 villages. 100% of the population belong to the Van Kiew and Pa Co ethnic minority groups. Ra Man village has 721 people living in 119 households. Most of the villagers are ethnic minority Van Kieu and 15 individuals are Pa Co. 79 households (66% of the village households) live below the poverty line. The village is located next to the Se Pon river which is the natural border with Laos. Villagers earn most of their income from cassava farming.

There are 124 children of kindergarten age but only half of them can attend kindergarten because the space being used is a small rundown structure with inadequate facilities. With half of the children unable to attend kindergarten, their long-term prospects of receiving an adequate education are very limited. The Van Kieu villagers do not speak Vietnamese and have no native written language. Primary schools are taught in Vietnamese in a structured environment. Without an introduction to the Vietnamese language and classroom culture when children are in kindergarten, it is extremely difficult for children to succeed in primary school and later as adults in a modernizing Vietnamese economy. Receiving an adequate kindergarten education provides a critical opportunity to children in the remote village of Ra Man.

The John C. Seel Kindergarten aims to improve the lives of the disadvantaged children and families of Ra Man Village. Children will benefit from better health through clean water and nutritious food. They will receive an early education intended to improve their chances of success in primary school. This is particularly important in a community such as Ra Man where the local language is not Vietnamese, not written, and where a structured classroom environment is an unfamiliar concept. Parents will also benefit from knowing that their children are in a safe environment where they are receiving an education that will prepare them to succeed. With this peace of mind, parents will be better able to focus on improving their family’s finances and bolstering the village economy. 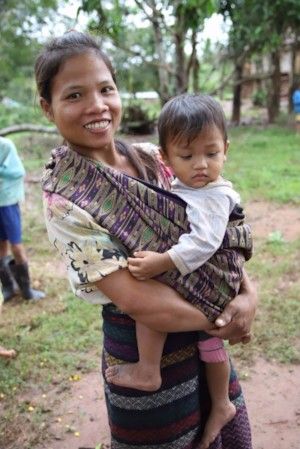