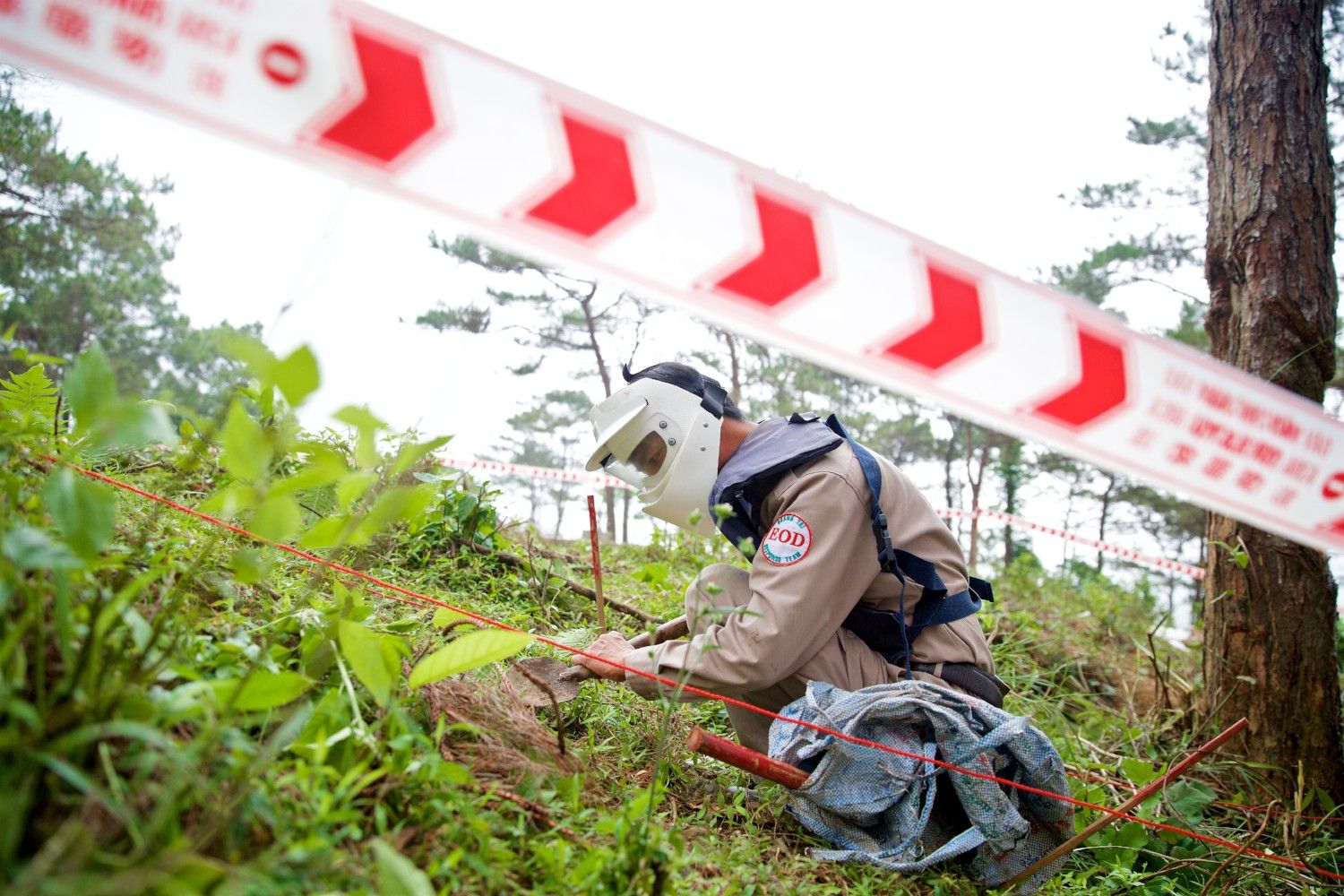 Our Mission is to heal the legacy of war by removing dangerous explosives, returning land to safe use, promoting peace and cultivating a brighter future for the children and families of Vietnam.

Our Vision is a Vietnam completely cleared of dangerous unexploded ordnance and communities fully supported in their goals for safety, resiliency, education and economic success.

PeaceTrees Vietnam creates a safe and successful future for children and families endangered by the legacy of the Vietnam War. In partnership with the people we serve in the region of Vietnam still suffering the most decades after the war — Quảng Trị Province — we remove explosives and return land to productive, sustainable use, build schools and libraries to educate future generations, and advance economic development to ensure a prosperous tomorrow. Your support cultivates secure, resilient and flourishing communities in a country still ravaged by the remnants of war.

Founded in 1995 by Danaan Parry and Jerilyn Brusseau — whose brother, U.S. Army helicopter pilot Lt. Daniel Cheney, was shot down and killed during the Vietnam War in 1969 — PeaceTrees Vietnam is a shining example to the world of how tragedy and conflict can be transformed into peace and partnership.

Learn more about our Founding Story.