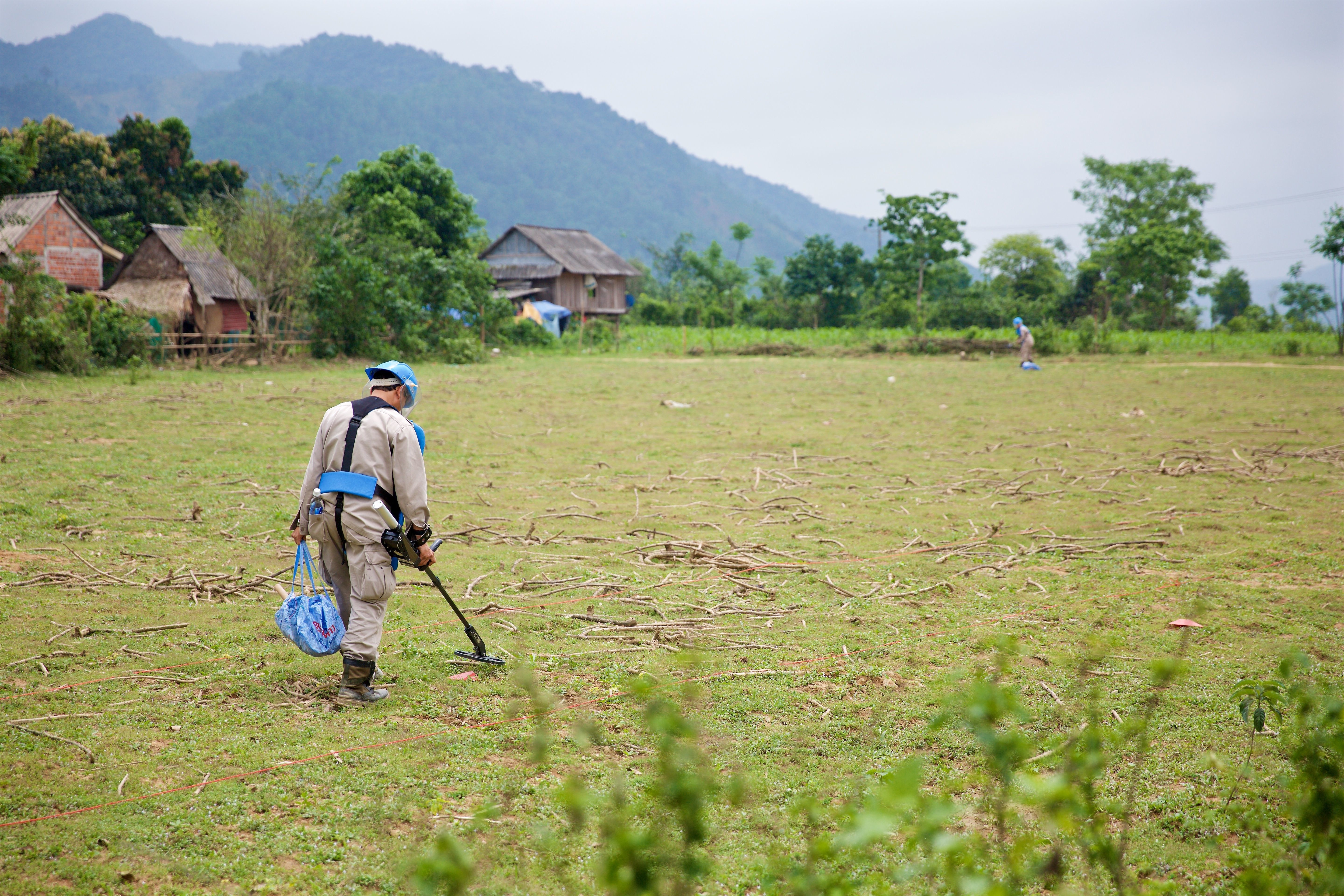 More than 45 years after the war ended, communities throughout Vietnam and the region still face the daily threat of injury or death from unexploded bombs and mines remaining from wartime. It is estimated that 19% of Vietnam's land surface remains contaminated with explosive remnants of war (ERW). Since the end of the war, over 105,000 people have been injured or killed by these explosive ordnance (EO) in Vietnam. One in every five EO accidents involves a child.

An ERW Impact Survey published in 2018 identified the central coastal provinces and the Central Highlands as some of the most heavily contaminated areas in the country. Research has shown that over 80 percent of children, women, and farmers surveyed in Quảng Bình do not know what actions to take if they encounter an explosive remnant of war.

The presence of explosive ordnance not only impacts the immediate safety of children and families, but also limits economic growth and employment opportunities, especially for members of the Tà Ôi, Vân Kiều, Pa Ko and Chứt ethnic minority groups of Quảng Trị and Quảng Bình, many of whom rely on subsistence farming for their livelihoods. In Quảng Bình Province, 46 percent of the economy is based in the agricultural sector, and in Quảng Trị Province, 55 percent of the population work as farmers. In a predominantly agricultural society, farmers—reliant upon land that is still contaminated with unexploded bombs and mines—risk their lives every day to provide for their families.

PeaceTrees Vietnam began its work in Quảng Trị Province in 1995. In 2020, PeaceTrees expanded its mine action operations to Quảng Bình Province. In partnership with local communities and governmental authorities, PeaceTrees continues to create safe land and supports community-led development projects in both provinces.

The video below displays National Archive data on U.S. airstrikes across Southeast Asia from 1965 to 1973. It is estimated that one third of the munitions dropped during these airstrikes failed to explode. This video demonstrates the scale of explosive ordnance contamination across the region, and the importance of PeaceTrees Vietnam's life-saving work.