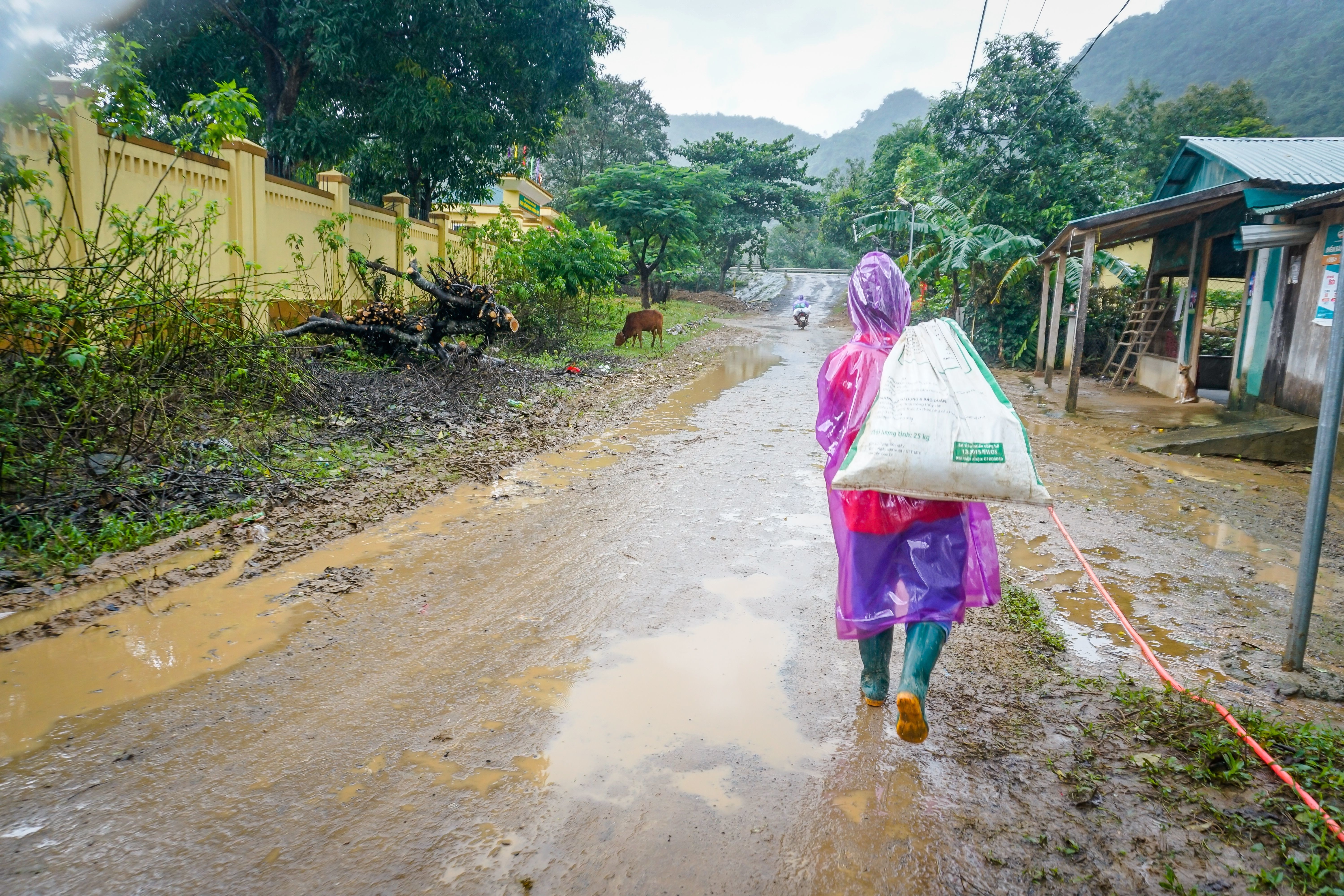 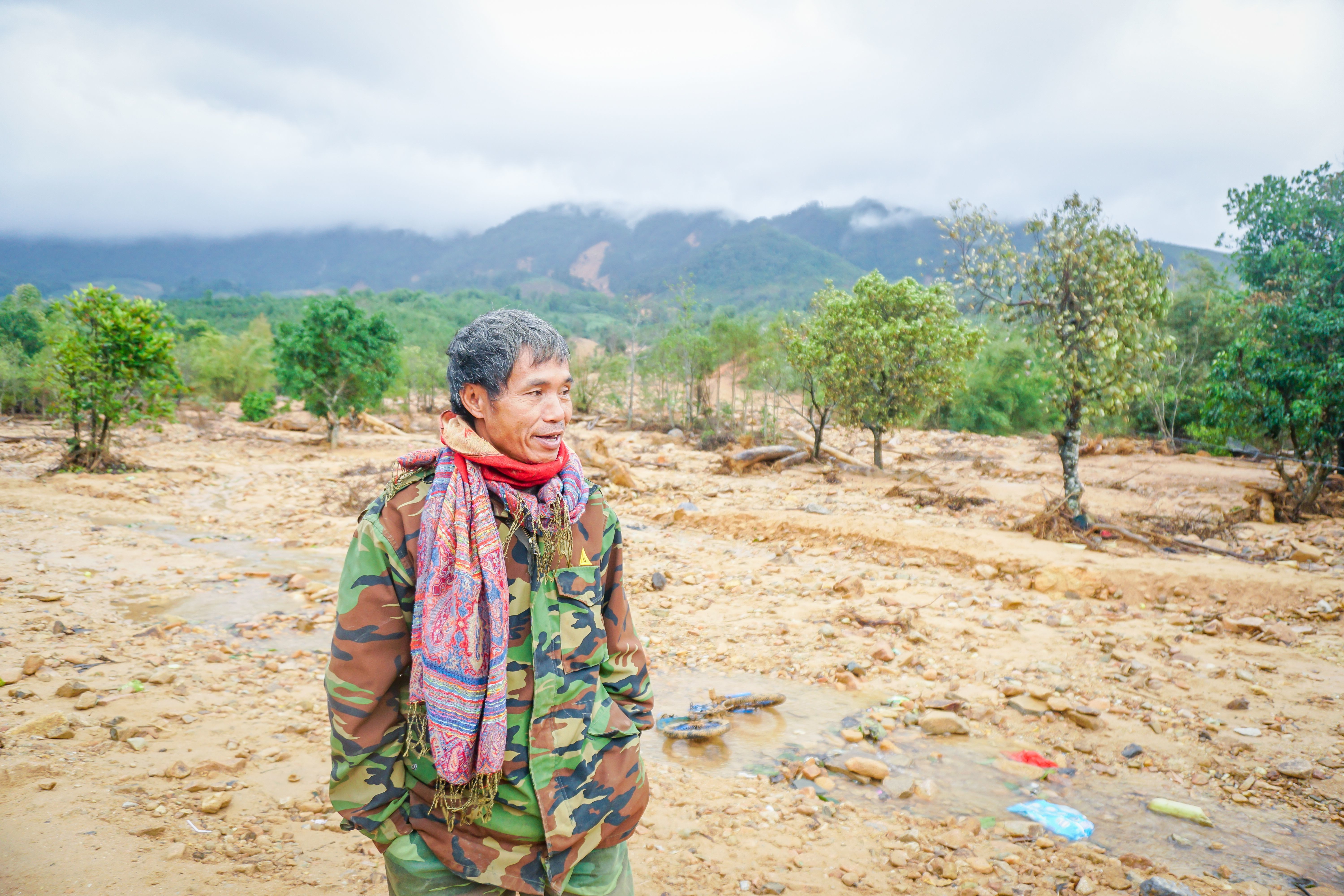 At 7 pm on October 17, 2020, Mr. Ho Van Noan was searching for a missing person following days of intense tropical storms. His search took him to the hills above Huong Viet Commune where he witnessed the beginning of a landslide. Recognizing the immediate danger this posed to his family and neighbors, he raced home and warned them to find higher ground. Fifteen minutes later water, rocks, and mud rushed through the commune flattening all but one home and destroying property and livelihoods.

Thanks to Mr. Ho Van Noan, everyone in the commune survived. His Father, Mr. Ho Van Phuoc emphasized that in over 60 years of life he had never seen anything like the storms that took place in central Vietnam last fall. 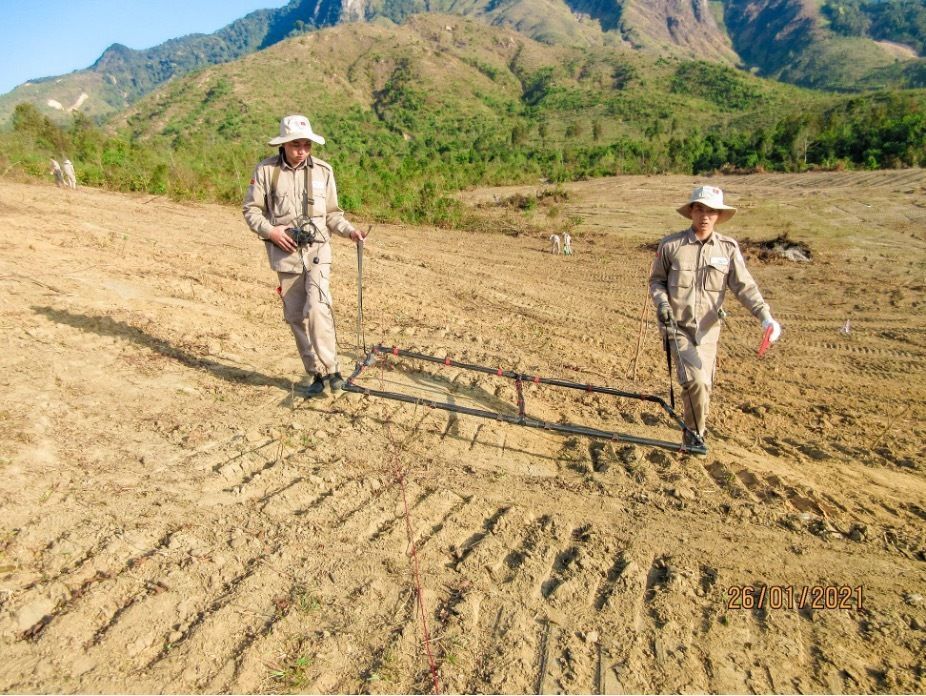 Anticipating future impacts of flooding, the local government coordinated with Huong Viet commune residents and PeaceTrees Vietnam to begin the process of resettling the community on higher ground.

PeaceTrees cleared 20,410 square meters of land for the resettlement of Huong Viet commune. During clearance, EOD (Explosive Ordnance Disposal) teams found and destroyed five unexploded ordnances and ensured that the land is now safe for the community to reestablish itself, free from the danger of deadly explosive remnants of war.

This is just one of three sites that PeaceTrees EOD teams cleared in 2021 for the resettlement of communities because of the historic storms that took place in central Vietnam in the Autumn of 2020.

As the frequency of disasters like these increases, PeaceTrees recognizes that climate change will exacerbate inequalities caused by lasting war legacy and will create new challenges for the safety and livelihoods of individuals and communities. Due to its high flood risk and increasingly frequent tropical storms, the World Bank has listed Vietnam as one of the top 5 countries to be most impacted by climate change. Without proper adaptation and support, climate change related hazards will continue to have devastating impacts on people’s lives and livelihoods.

Working at the intersection of land and people, PeaceTrees has the opportunity to provide meaningful support to communities facing climate change related challenges so they can thrive in the future. 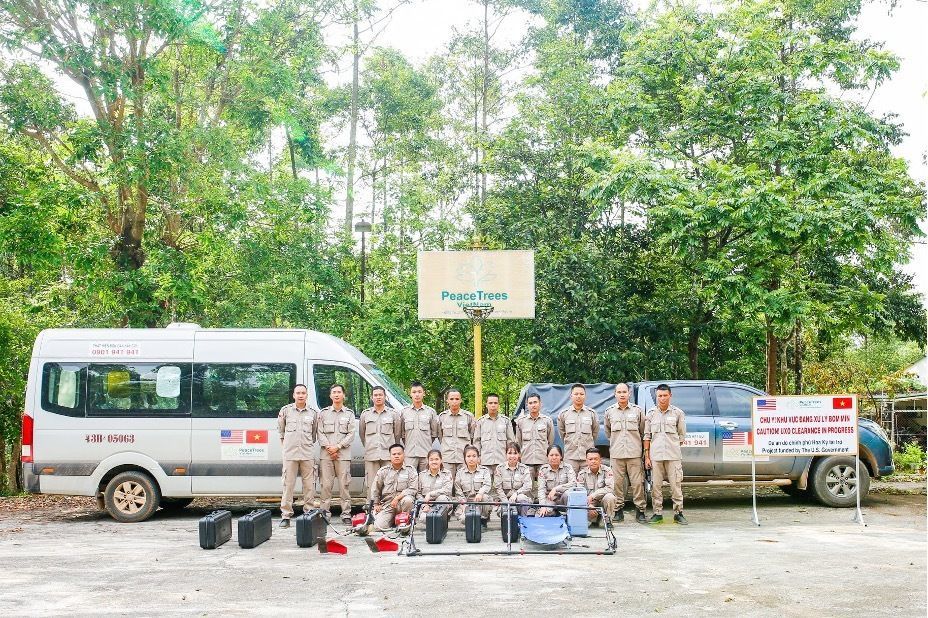 The Huong Viet Commune Resettlement Project was a part of the Quảng Trị Province 25th Anniversary Clearance Project funded by the U.S. Department of State in recognition of the 25th anniversary of normalization between the US and Vietnam. The project, which took place between July 15, 2020, and April 30, 2021, had a goal of accelerating socio-economic development plans in Huong Hoa District, Quảng Trị Province through the detection, collection, and destruction of explosive ordnance (EO).

Despite the challenges of 2020, including COVID-19 and historic flooding, PeaceTrees EOD teams successfully cleared 21 sites totaling 326,000 m2 of land that will be used for kindergartens, community houses, cemeteries, roads to farming areas, and three resettlement villages. In total, 53 EO were found and safely destroyed, benefitting 14,317 people.

PeaceTrees Vietnam is deeply grateful for the support of the U.S. Department of State and the U.S. Embassy in Hanoi, the Quảng Trị Department of Foreign Affairs, and the Huong Hoa People's Committee for their steadfast partnership.

PeaceTrees is well positioned to support our partners and friends in Vietnam as they prepare for climate change related hazards. Through clearance projects for resettlement villages, drilling water wells to ensure communities in the highlands have access to clean water, and other projects, PeaceTrees is committed to ensuring our programs not only meet the needs of communities today, but also well into the future.