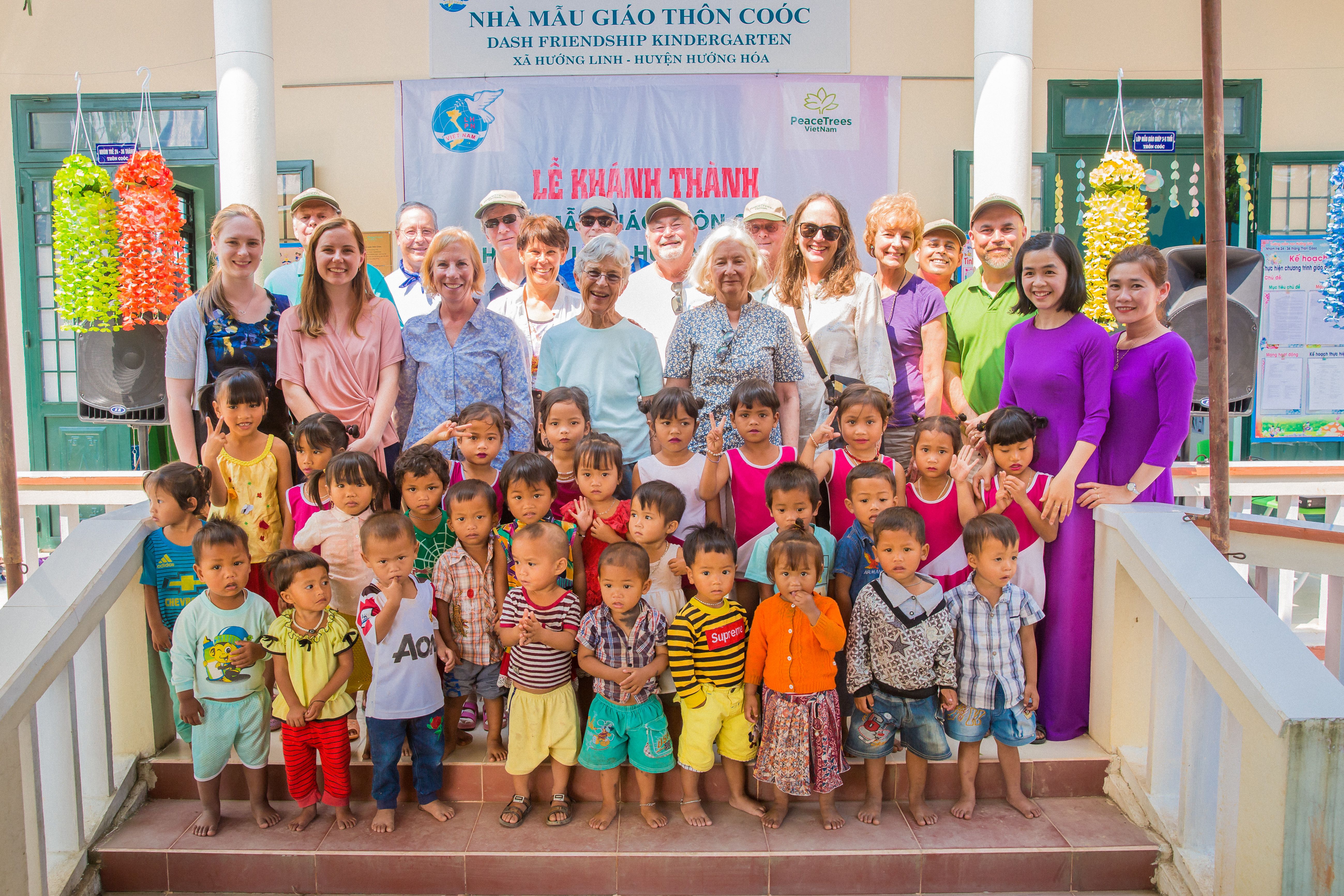 Thanks to the generous support of the McMichael family, the Dash Friendship Kindergarten in Coóc Village has been completed and was dedicated in March 2019!

The Dash Friendship Kindergarten is named in honor of Dorothy “Dash” McMichael, an incredibly dedicated advocate for equity, peace, and justice. Coming from a turbulent youth where she was passed from one relative to another after the death of her mother, Dorothy rose through adversity and graduated from New York University, later receiving her Master’s Degree in Social Work at Smith College. Exemplifying her devotion for helping those in need, she worked as a psychiatric social worker at various state hospitals and agencies. The passion of Dash and her husband, Jack McMichael even caught the attention of Eleanor Roosevelt, who was especially supportive of their work and invited them for tea at her apartment in New York City. She is survived by her children, Rick, William, and Meimei. Today we remember Dash for her humanitarian heart, brilliance, and bright smile, as well as her lifelong love for dancing.

Coóc Village is in a high-need mountainous commune of Hương Hà District in Quảng Trị Province, and contains 7 villages, 492 households and 2,418 people; all but one household identifies as part of the Vân Kiều ethnic minority. About 55% of the village is officially recognized by the government as living below the poverty line and those living in Coóc village rely primarily on subsistence farming as their main source of income.

"The dedication of the school and the future it will create for so many children brings us deep gratitude to you, your village, PeaceTrees, and the ancestors we all share. Thank you." - Karen McMichael at the dedication ceremony.