Mr. Phuong is an ethnic minority man living in PeaceTrees Vietnam’s Friendship Village. When Mr. Phuong was a child, he experienced a horrific UXO accident. Because of the accident, two other boys were killed, and Mr. Phuong lost a leg, several fingers, and the use of his eye. Although Mr. Phuong earns a small income repairing bicycles, the $150+ per year it costs to keep his three daughters in school is more than his family can afford. Through the PeaceTrees' scholarship program, all three of his children have attended PeaceTrees Friendship Kindergarten, and have received scholarships throughout their schooling. 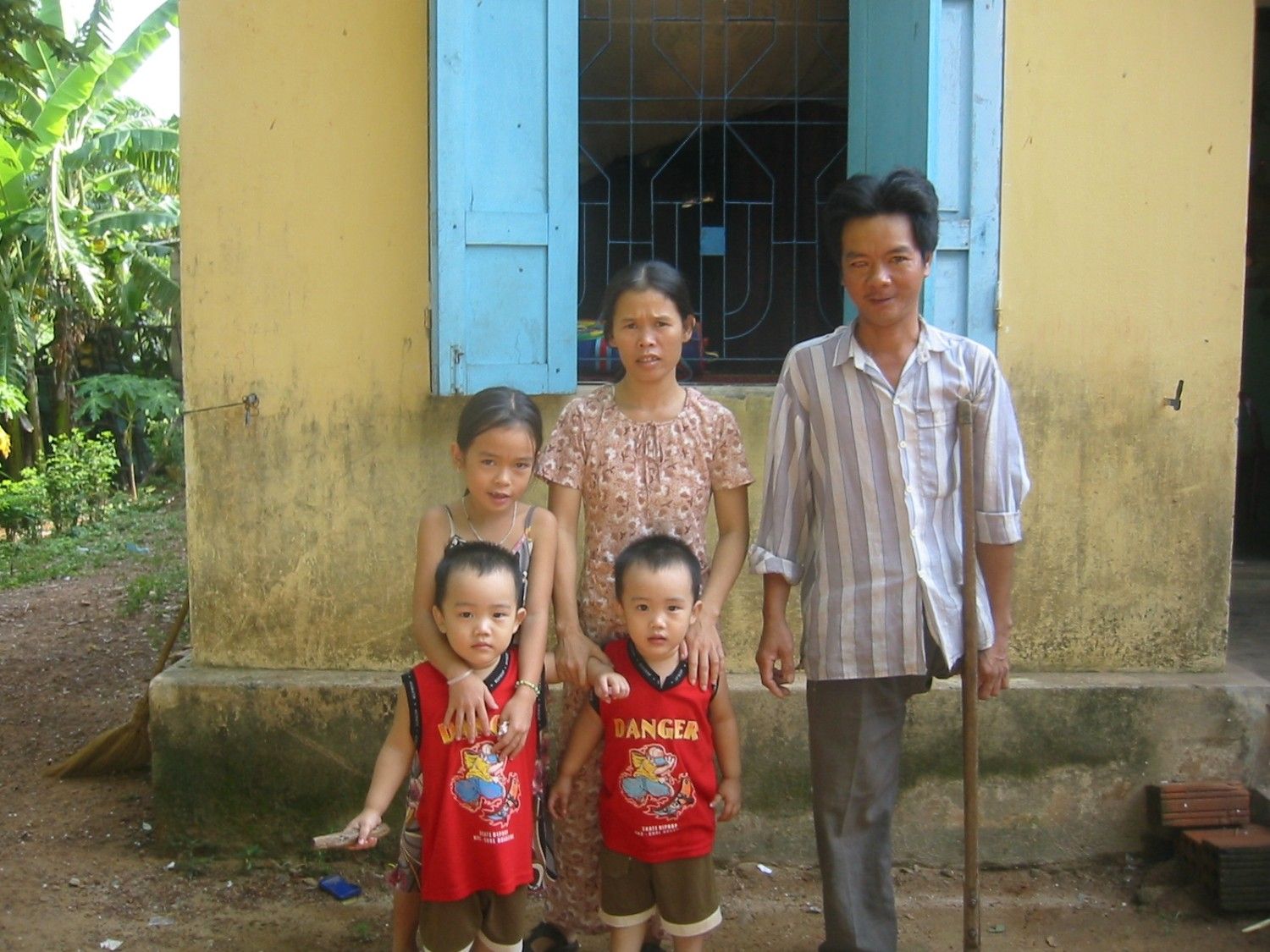